In loving memory of those we have lost 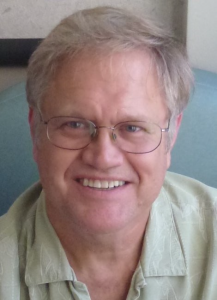 Society member Keith Douglas Larson, age 61, of San Antonio, passed away unexpectedly on Friday, July 20, 2018. He was born March 22, 1957 to Glenn Edward and Barbara Ann (Traeger) Larson in San Antonio, Texas.
Keith enjoyed going to Scottish events, including picnic, Folklife, and haggis and shortbread cooking sessions. At Folklife, he liked helping with the fish and chips fryer and the shepherd’s pie plates.
He grew up as a military brat and lived in many places like El Paso, Washington D.C., and Vicenza, Italy where he played little league. He graduated from Thomas Jefferson High School in San Antonio and San Antonio College for HVAC. Keith started his own business called Independent Service Company where he would repair and install air conditioning and had a loyal following of customers. Keith was known by his family and friends as
“MacGyver” because of his handyman work and do it yourself projects.

He met Melinda Gayle Hadden playing church volleyball where they would practice together. They spent more time together participating in multiple church activities like canoeing, watching sporting events, and hiking. They later married in September 6, 1986 in San Antonio, TX.
After they married, he joined the church choir and helped the youth group in their activities such as seasonal productions, props, and performances. His love for music and productions led him to help his son with his band activities in middle and high school. He enjoyed camping with his son and served as a Boy Scout leader where he helped Chris and his friends become Eagle Scouts. He received a Soaring Eagle Award for his leadership. He also enjoyed volunteering in 4H with his daughter Whitney where he served as a leader in the Helotes 4H Club in gardening and dog projects. He helped Whitney get the San Antonio Livestock Exposition college scholarship. His favorite past times were reading, gardening, and golf. He would play golf with his neighbors and brothers, he even taught friends and family how to play, and when he retired he was able to enjoy golfing more.
Keith was preceded in death by his parents and is survived by his beloved wife Melinda, children Whitney
and Christopher, grandchildren Makayla & Kaitlyn, siblings Fred Smouse, Glen, and Bennett Larson, and nieces and nephews Matthew and Amanda Larson and Douglas and Dustin Hadden. 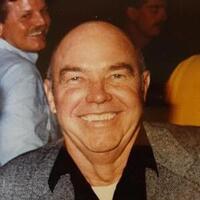 Bill, grew up in Jollyville , Tx.  He graduated from Round Rock High School Class of 1943. He later worked at Consolidated Aircraft Corporation in Ft Worth, Texas before joining the US Navy.   He served in the Navy during World War II as a Seaman 2nd Class from 1944 -1946 stationed at Guam in the Marianas.   Later Bill owned his own Air Conditioning business in Austin, Texas and remained in the Air Conditioning industry retiring in 1983.   He met the love of his life, Flora Kruger in Hutto, Tx at a softball game and dated for a year.  They were married July 24, 1949 at Emmanuel Lutheran Church in Taylor, Texas.  They shared a wonderful life together water skiing on Lake Austin and enjoying many trips to Las Vegas & Mexico.   Bill was a beloved husband for 70 years to his wife Flora who proceeded him in death August 28th 2019.  He was also a devoted father and survived by  2 sons,  Brit Scott Thompson of Austin, Texas and Brad Steven Thompson & wife Rebecca  of Hutto, Texas, his 2 grandchildren Emma Ancira  & Hunter Thompson of Hutto, Texas.  He was also loved and will be remembered as “Uncle Bud” to numerous nieces & nephews with fond memories of riding horses, feeding donkey’s ,hanging out at Jollyville and family reunion’s at Lake LBJ with The Thompson Family.

Bill was a member of the Plumber & Pipefitters Local Union 286 for over 50 years.  He enjoyed UT Baseball & Football faithfully!  He was an avid Hunter and enjoyed the outdoors and fixing & repairing many projects.  He also enjoyed good Old Country Music and dancing with Flo at many dancing events all over. 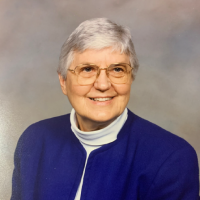 Abbie Fay Sutter McLennan died on October 8th at the age of 93. Abbie was born July 5, 1927 in Long Island, NY. Abbie
attended St. Luke’s School of Nursing and Hofstra Univ. She entered the USAF Nurse Corps in 1951 as a 1LT. Abbie
married her husband Stuart in January 1954. Abbie was assigned to the 8707th USAF Hospital, Brooks AFB, San Antonio
in 1954 and was the first woman to serve in the “Alamo Wing”. Abbie was employed by Bexar County as the Administrative
Assistant to County Commissioner Precinct 3 Lamar Smith and then as Executive Assistant for Walter Bielstein
until he retired. She was also President of the San Antonio Scottish Society 1994-1996. Abbie was a member of The
Church of Reconciliation. She volunteered at the St. Vincent de Paul dining room, Randolph AFB Pharmacy and in her
Parish Office. Abbie moved to The Forum of Lincoln Heights in 2010 where she lived until her death. Our family wants to
give special thanks to Karen Kosub and the staff in the Memory Care section. Our mother was given the most compassionate
and respectful care during her time there. Abbie is survived by her three children, Stuart McLennan, III & wife Kay, Kyle Potts & husband Tracy and Dana Stone & husband Todd. She leaves behind 11 grandchildren and 12 great grandchildren. Abbie was a Christian and will be remembered best for her unwavering faith. 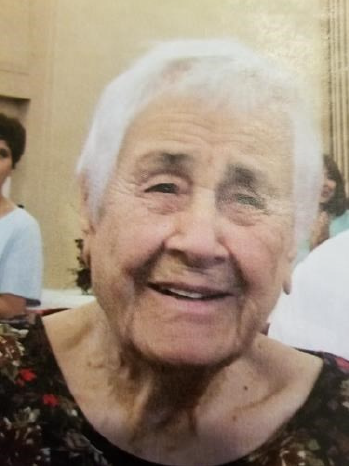 Jo Ann Andera’s Mom Amira Andera passed away on Saturday, December 12, 2020, in San Antonio, Texas. Born on January 15, 1925, in Abdeen
Lebanon, to parents, Saad John Andera and Balagia Allem. She was preceded in death by her husband, Joseph Andera and her parents. Amira is survived by her daughters, Katherine Andera White and husband George, and Jo Ann Andera.
She was a life member of the St. George Ladies Altar Society. St. George was a very important part of her life. She and her companions were the ladies of the kitchen and prepared thousands of meals for events and festivals. Special thanks to River City Hospice and their staff for their generosity and kindness to our mother. To Dr. Galan for his care and many home visits which she loved. Words do not seem enough but heartfelt thanks to her caregivers Estella Martin del Campo and Angelica Guerrero. A special place in our hearts to all of you who came to visit her and kept us company through these past months.
Amira Andera loved Folklife and the pipes and drums. We hope that she overheard all of the commotion from a mini-Folklife parade in front of the house last June.